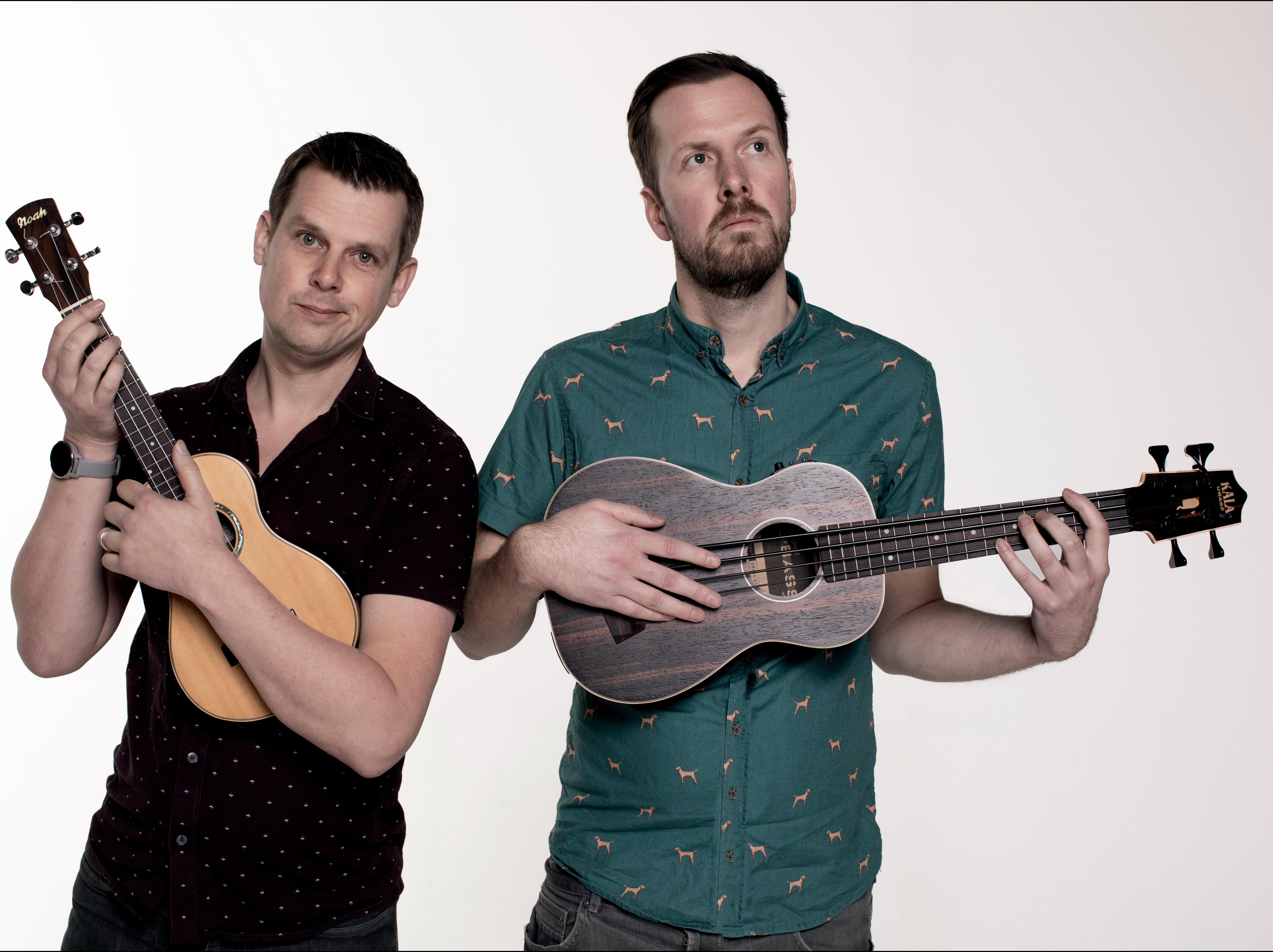 'Winners of 'Best Newcomer' at the Musical Comedy Awards 2021 and 'Union Jack's Circuit Breakers' at Leicester Comedy Festival 2022, Simon and Aaron are Plastic Jeezus - a deadpan, ukulele-totin', musical comedy duo. Plastic Jeezus have been making waves up and down the country with their hilarious and often surreal original songs, all delivered in their own unique, straight-faced way.